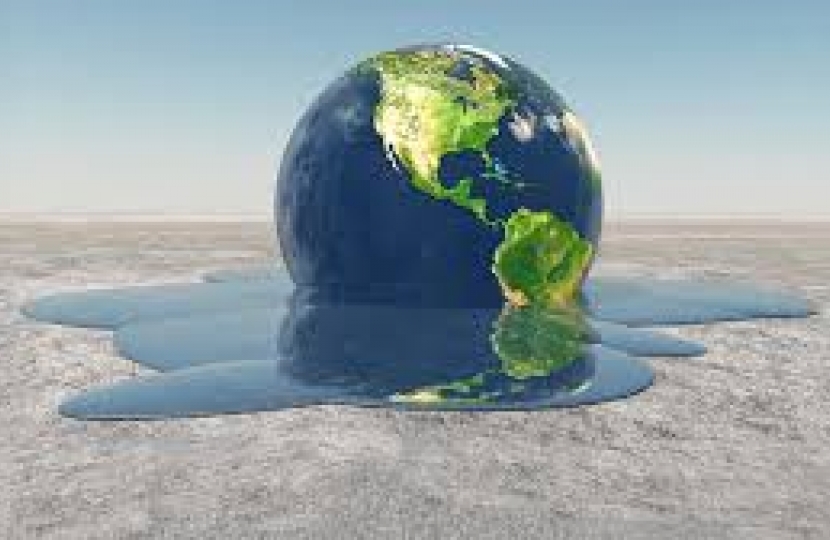 The UK will double its investment to help developing countries turn the tide against climate change and species loss.

The announcement to double the UK’s international climate finance (ICF) spend was made by the Prime Minister Boris Johnson today at the UN General Assembly in New York.

ICF refers to UK aid support given to poorer countries to deal with the causes of climate change, like preventing deforestation and reducing carbon emissions, and to prepare for its effects, like giving poor farmers climate-resilient crops that can grow in hotter, drier conditions, or implementing early-warning systems in areas vulnerable to flooding.

The new Ayrton Fund launched by the Prime Minister today is an example of the UK’s ICF’s investment. The Fund will give British scientists and innovators access to up to £1 billion of aid funding to create new technology to help developing countries reduce their emissions and meet global climate change targets.

This announcement means the UK will up its ICF support to at least £11.6 billion over the next five years, between 2021/22 to 2025/26. This represents a doubling of the UK’s commitment to spend at least £5.8 billion on tackling climate change to 2021, announced ahead of the landmark Paris meeting, COP21, in 2015.

The impacts of climate change will be felt most severely in the developing world, where 100 million people could be pushed into poverty by climate impacts as soon as 2030, according to the World Bank. This significant uplift in UK aid support will help developing countries pursue low carbon, climate resilient and environmentally sustainable development.

Addressing the climate summit at the UN General Assembly, the Prime Minister is expected to say:

Today we are not only raising our ambitions for the level of action we will take by 2030 – I am pleased to announce that the UK is also committing to double its spend on international climate finance so that other nations can act too.

The effects of climate change are being seen all around the world. We have to act now. Doubling our support will benefit the world’s poorest countries, preserve our vital biodiversity and protect our planet.

As the first major economy to legislate to end our contribution to carbon emissions, the UK is leading the world in taking in action on climate change. Doubling our support for International Climate Finance, supporting initiatives including accelerating the take up of low-carbon technologies, is all part of our plan to go further, faster.

We will continue to work closely with other countries to step up global action ahead of crucial UN climate talks in the UK next year.

Climate change is a global issue that demands global action. We have taken forward world-leading measures to tackle this crisis but today’s announcement shows we are stepping up our efforts to address what is one of the greatest threats faced by humanity.

The doubling of the UK’s International Climate Finance investment will help some of the world’s poorest countries play their part in countering dangerous climate change and will make a big contribution to global efforts to safeguard our environment for future generations.

This funding will go towards UK aid projects, including:

The 2015 Paris Agreement represented a landmark shift in the fight against climate change. All countries pledged to reduce their emissions, aiming to limit global warming “to well below 2 degrees”. This was matched by a commitment from developed countries to mobilise at least $100 billion a year of climate finance for developing countries.

The UK is working together with other countries to scale up action on climate change, ahead of hosting crucial UN climate talks in Glasgow next year.

Earlier this month, the Department for International Development published ICF results which showed UK aid supported climate projects delivered by DFID, BEIS and Defra in the last eight years have:

Today (Monday 23 September) the UK committed the following - which will come from the ICF increase:

❗It's time to get your membership 🔴⚪🔵